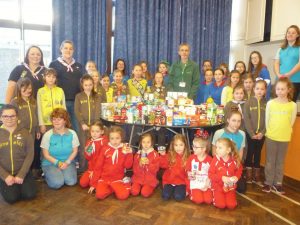 With a theme of IMPACT the 2018 World Thinking Day was celebrated across the Island by members of Girlguiding IW. One of the bigger events was held in Newport for Rainbows, Brownies, Guides, Rangers and leaders who belong to units in the Newport area and West Wight.

Nearly one hundred attended this fun filled afternoon with the emphasis on Impact. However, there were some more thought- provoking moments with donating food to the IW Food Bank and making a ‘Have a Cup of Tea on me’ gift for friends or neighbours with both activities making an impact on the community.

Tony Murphy a trustee of IW Foodbank, after receiving all the food from the members of Girlguiding IW said,” There has been a very good response from Girlguiding IW making a huge impact for the community.”

Other activities included learning how the now World-wide movement of Girlguides and Girlscouts started in 1909 and how this has grown to the 10 million strong membership today and a regular favourite- a camp-fire singalong.

Speaking after the event Guide Erica Hiscock 13 said,” All the activities have been good fun,” whilst Guide Talia Draper 12 added, “It was really cool- I especially liked the camp-fire singalong.” Brownie, Evelyn Craig 9 said, “I enjoyed the singing too and it was great meeting and making friends with Rainbows, Brownies and Guides from other towns on the Island.” 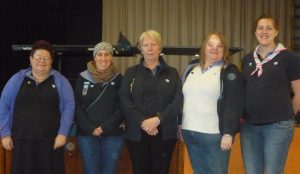 This event was organised by Girlguiding IW leaders Carla Oliver and Clare Langley with the help of other leaders. 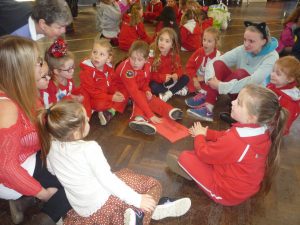 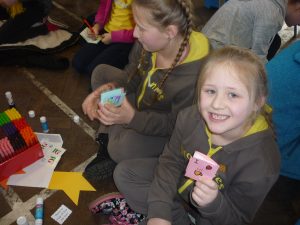 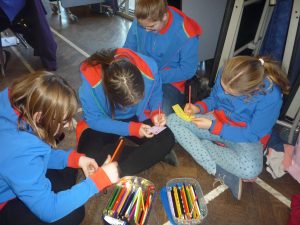 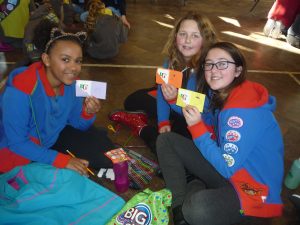 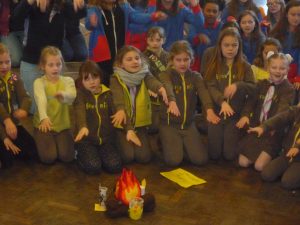 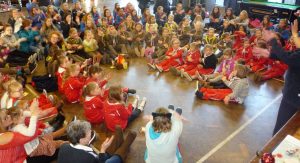