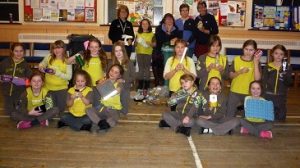 8TH Ryde Brownies and their leaders have been looking at what happens to the Island’s refuse as well as what the World is doing about all the rubbish that is discarded.

Gill Mulcahy from Amey met with the Brownies and showed examples of just what is thrown away, what can be recycled now, how the landfill sites are running out of space, how to use the different bins/containers issued by Amey as well as discussing how the environment can be helped by more recycling.

Gill explained that recycling does not only mean putting items in the recycling bin, but other ways of recycling can be used such as passing unwanted items on to others, donating items to charity shops or reusing an item in a different way. She showed an example of a Real Madrid Football Club shirt saying that this football club now had its shirts made from recycled plastic.

All the Brownies really enjoyed sorting out the samples of rubbish, learning new facts and statistics about waste and seeing the difference between the different metals used in cans. 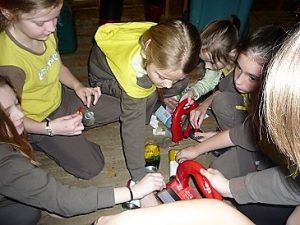 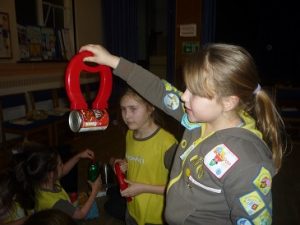 Brownie Evie Gallagher (10) said, “It was so much fun learning about the fascinating facts on the Island’s waste and the Brownies were able to tell Gill some facts too. I have learned a lot.”

Another Brownie Zoe Weal (7) added, “I found this presentation about waste more interesting than the one we had had at school as that concentrated on food waste. This one told us about all rubbish. I especially liked finding out the difference in steel and aluminium cans. I liked using the big magnets.”

Following the presentation Gill, who offers this presentation to groups, was thanked by all the Brownies and reminded them to: