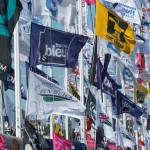 Solitaire du Figaro,the World’s leading annual solo sailing race, is coming to Cowes between the 22nd and 26th June.This event will bring an exciting five-day public event to Cowes as part of the Island’s colourful ‘Festival of the Sea’ celebrations.

This World-class sporting event, with an international following, spans 1525 miles between four European Host Venues – Deauville (France),  Cowes (UK), Paimpol (France) and La Rochelle (France). Considered to be the World championships of solo offshore racing, the Solitaire takes a month to complete and pushes competitors to the edge of human limitation – one skipper, one boat, 1525 miles, rough seas, harsh weather and no sleep!

Being an international event, the Solitaire du Figaro will bring not only a professional sailing race to the pontoons of Cowes Yacht Haven, but a bustling race village to Cowes Town. FREE and open from 22nd to 26th June, the Race Village will be fun for all the family.

Mark McNeil, Deputy Mayor of Cowes and Chairman of ‘Destination Cowes’ – a key organisation behind the event – explained why hosting the Solitaire is important step forward for Cowes: “Portsmouth has had the America’s Cup, Southampton has had the Volvo Ocean Race – this is our chance to put Cowes back on the map as the UK and Europe’s sailing capital. A real spectacle of the sea and a showcase of top level sailing, the Solitaire will attract crowds from both the island and mainland to the Isle of Wight.”

Solitaire du Figaro will offer five days of  family entertainment in Cowes, including food markets, a drinks bar, live music in the Race Village and try sailing for all on the Solent – courtesy of the official event charity UKSA. Alongside the live entertainment, there will be a host of interactive stands and activities to entertain the public. For the local community there will be the opportunity to showcase in the Race Village, add to the entertainment schedule and for local children, a successful education programme focused on coastal conservation and the environment.

Recognising this major event as an opportunity for increased tourism, international awareness and community involvement, Visit Isle of Wight are fully supportive of the Solitaire as Chief Executive David Thornton explained: “The forthcoming Solitaire du Figaro is a brand new and exciting event for the whole of the Isle of Wight and Cowes. We are delighted that the UK leg of the race coincides with the Island’s annual celebrations of our maritime lifestyle and heritage, ‘The Isle of Wight Festival of the Sea’, and we look forward to working with our partners in Cowes and our new friends in France to make this an exceptional celebration that everyone can enjoy and be a part of.”

Alongside the Island’s main tourism body, the businesses and organisations forming ‘Destination Cowes’ are also key stakeholders in the event – Cowes Town Council, Cowes Business Association, Cowes Harbour Commission, Cowes Yacht Haven and Red Funnel. Her Majesty’s Lord-Lieutenant of the Isle of Wight, Major General Martin White will act as the Patron for the event, and looks forward to welcoming the  Solitaire skippers to Cowes next June: “This event is not only a marvellous opportunity for Cowes, but also a chance for the whole Island to welcome international competitors and supporters to our shores. As a seafaring Island, we have much to offer both visitors and sailors alike and I very much hope the sailors will enjoy their stay with us.”

Starting from Deauville, the town twinned with Cowes on the 19th June, the Solitaire competitors are expected to dock into in Cowes Yacht Haven around the 22nd June after sailing 510 miles.

Following this the race will restart in the Solent on Sunday 26th June, a spectacle not to be missed from the water or Cowes Parade. From Cowes, the Solitaire du Figaro fleet will race to Paimpol (France) and finish in La Rochelle (France) on the 7th of July.