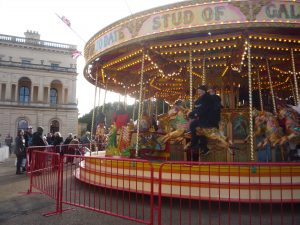 Osborne House was the venue for a special Christmas event when a Victorian Christmas was held over the weekend of Saturday 3oth November and Sunday 1st December.
Several members of Girlguiding attended this event including Commissioners, Leaders and Rangers as well as young members. 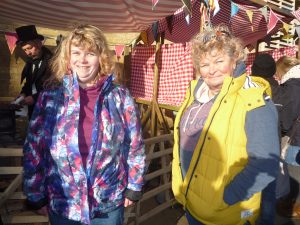 It has become a firm favourite in the Christmas calendar and the added attraction of Father Christmas switching on the lights proved popular with the crowds attending. 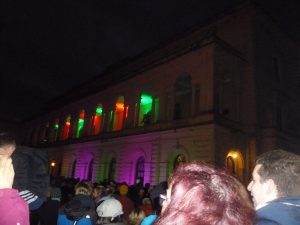 Taking place over both days there was the chance for visitors to experience the spirit of a Victorian Christmas at the beautiful Osborne estate including the house which was decorated with everything for the perfect Christmas. No wonder Queen Victoria enjoyed her time on the Island.

Visitors could sample the Victorian fairground by taking a ride on the swing-boats or carousel or try their luck at the fairground stalls. Young visitors were captivated by the Victorian toy makers and could make their very own toy to take home.

Osborne House itself was bedecked with dozens of decorated Christmas Trees some set in the stairwells and the corridors had Christmas decorations wherever there was a free space. An added attraction was ‘Celebration’ a special exhibition depicting the Birthday Gifts of Queen Victoria and Prince Albert. Not only were these gifts of statues and other works of art but trees in Osborne’s grounds.

At Victorian Christmas part of the house formed a grotto for Father Christmas and there was a steady queue of children waiting to see him. On the way to the Christmas Courtyard there was the chance to sample freshly baked mincepies as well as ideas for Christmas gifts from a selection of English Heritage goods including the Island’s own Mermaid range of Gins and Rums.

On arrival at the Christmas courtyard it was bustling with stallholders and players telling ghost stories or a quick version of ‘Christmas Carol’. There were hot roasted chestnuts to enjoy, the chance to make a traditional lavender bag or try some Isle of Wight Fudge from Richard the fudge maker.
A full day out for all ages. 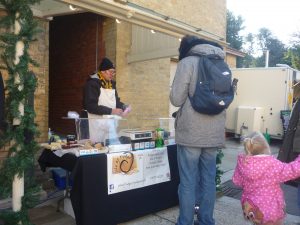