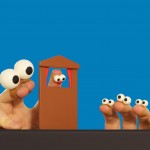 Returning for a sixth year and featuring almost 400 performers from around the world, this summer’s Ventnor Fringe, which will run from the 11th – 16th August, promises a packed week of events in more then 20 ‘pop-up’ venues, spread across the town.

Empty buildings, halls and shops will be converted into theatres, cabaret clubs and galleries to explore or alternatively, catch a film under the stars, try yoga in the woods, or party on the Harbour as the sun sets. There’s a whole world to explore!

This year’s programme includes the return of ‘Lounge Around Town’ a mini music festival within the Fringe showcasing emerging bands from across the UK. This includes performances from Liverpool’s Hooton Tennis Club and the very distinctive H. Hawkline. Other concerts include BBC Radio 2 Folk Award winners Josienne Clarke and Ben Walker, renowned singer/songwriter Boo Hewerdine and rising Southampton stars The Diamond Age.

By some margin the largest category in this year’s ticketed programme is theatre with shows to look out for including a rare UK performance from the incredible Dutch finger puppeteer Lejo. (pictured) His show ‘Hands Up!’ will have audiences of all ages in stitches.  London based Scena Mundi will be performing Shakespeare’s Richard II and Marlowe’s Edward II in rep in a promenade performance at Holy Trinity Church, following a widely praised London run at St Bartholomew The Great’s.

Cabaret is well represented with Eve Ferret’s making a welcome return to the Ventnor Arts Club with a brand new show, along with Lowri-Ann Richards & Glenda Clwyd as the‘2 Blondes & A Harp’.

This year the Fringe’s new box office and arts centre, the Ventnor Exchange, located in the old Post Office on Church Street, will make it even easier to get all the information you need to navigate the huge range of shows and entertainment. It is open Tues.-Sat. now with extended hours as the Fringe gets closer.

You can also purchase tickets or get more information on the many other event at Ventnor Fringe by visiting www.vfringe.co.uk or call the Box Office on (01983) 716 767