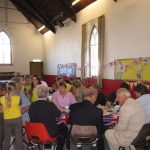 1st Lake Brownies each made a birthday card which was sent to HM The Queen on her 90th birthday in April.

Following this, at the last meeting of the summer term, all the Brownies hosted a birthday party in HM The Queen’s honour which was attended by the Island’s Lord Lieutenant Martin White, the Island’s High Sheriff Robin Courage, Girlguiding’s Island Commissioners Shirley Saunders and Lesley Clifford, Angela Smith and Colette Atkins,( Brownie Section Commissioners for Appuldurcombe), members of Lake Parish Council and the Brownies’ families and friends.

This special party started with the forming of the Brownie Ring with the Brownie Song sung by all the girls. There were also renewals of their Brownie Promise.

Afternoon tea was served by the Brownies and this was followed by a quiz about the Queen’s life. “Happy Birthday Your Majesty” was sung whilst Brown Owl, Colette Atkins, cut the cake.

Those Brownies who had acted as hostess for the event were awarded their Hostess Badge, all the Brownies received a Queen’s 90th Birthday Challenge Badge and the party ended with the singing of Brownie Bells and the National Anthem.

£124.80 was raised for Unit Funds and the Brownie leaders thanked all the guests for supporting the event. 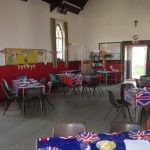 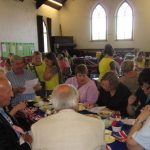 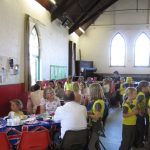