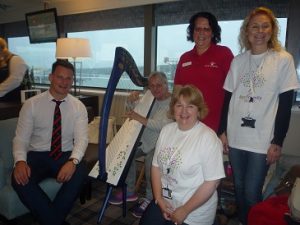 Hosted by Red Funnel Ferries the inaugural ’Tea on the Sea’ was the first event of this year’s ‘Celebrating Age Festival’.

This is the second annual festival organised by Age Friendly Island/Age UK Isle of Wight. Appropriately, the week commenced on Sunday 1st October which was International Older Persons Day.

A number of Island residents enjoyed afternoon tea consisting of sandwiches, scones with strawberry jam and clotted cream and a selection of cakes all washed down with tea or coffee. 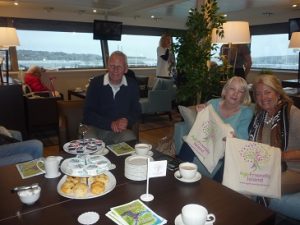 Guests travelled in the new Signature Lounge aboard Red Falcon on a round trip from East Cowes to Southampton and back, with Red Funnel staff making sure everyone was comfortable and introducing a number of activities. 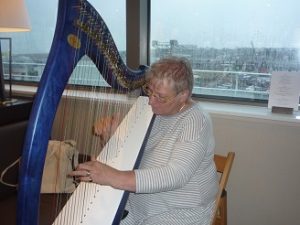 During the outward journey musical entertainment was provided by harpist Diana Wood, who is the Chairperson of the Harp on Wight Festival. Ryde will host the 4th edition of this Festival between 20th -24th October. 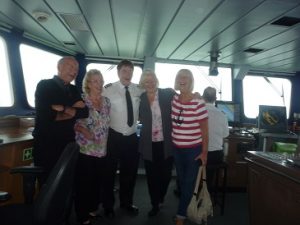 As the vessel neared Southampton attendees had the opportunity to meet Captain Ian Drummond on the bridge who explained how the ship undertakes its journey through Southampton Water. 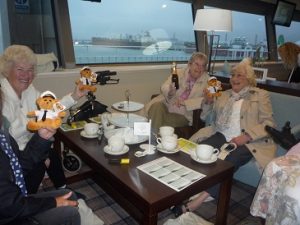 On the return journey participants took part in Hoy Bingo, which is based on playing cards; followed by a general knowledge quiz planned and delivered by Red Funnel’s Carol Harding, both with Red Funnel prizes including the much admired Captain Ted Bear.

Dozens of other events for the ‘Celebrating Age Festival continue until Saturday.