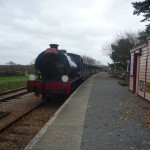 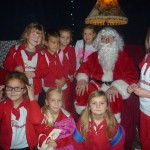 Dozens of members of Girlguiding IW from the Puckpool Rainbow and Brownie Sections enjoyed a visit to the IW Steam Railway, Havenstreet recently. For what has now become an annual event all the girls and their leaders journeyed on the ‘Santa Special’ steam train.
As well as the ‘Santa Special’ train ride there was a fun magic-show from Randini, rides on the carousel, a visit to the fairy-light sparkling Winter Wonderland with special ‘Frozen’ displays, drinks, chocolate, mincepies, a display from Haven Falconry and, of course, a visit to Santa Claus who was assisted by some of his elves.
All the girls seemed to enjoy the Haven Falconry display where there was the opportunity to enjoy the thrills and excitement of falconry and other birds of prey which gave a unique insight into the art of falconry and how birds of prey exist in the wild.
Every Rainbow and Brownie received a Christmas present from Santa Claus and some Rainbows assisted Randini with his magic tricks.
This Girlguiding event was planned by Ann-Marie Kitcher, Puckpool Rainbows Commissioner. 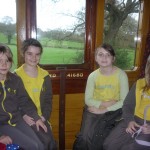 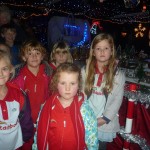 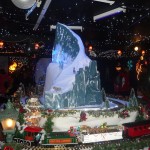 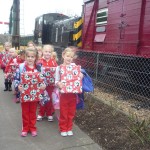 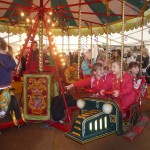