Dozens of Rainbows, Brownies, Guides and members of Ryde Friends of Guiding together with the girls’ parents and friends joined for Carols and Christmas readings recently at Garfield Road Methodist Church.

Rainbows dressed as angels and Brownies as shepherds taking part in the Christmas story whilst some of the Guides helped by taking the collection.

Also present were Girlguiding IW President Patricia Partridge and past Island Commissioner Janet Lovell. After the Christmas celebrations, held in the church seasonally decorated with Christmas Trees, Deborah Meadows recognised service to Girlguiding IW by presenting an Island Award and 10 year service badge to Patricia Partridge and Janet Lovell was installed as a Vice President.

Deborah said “Both Patricia and Janet had given great service to Girlguiding on the Island and support to myself during my term of office. These awards are greatly deserved.” 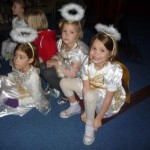 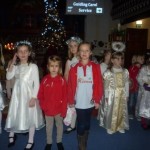 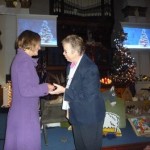 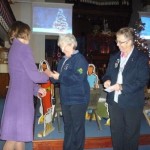