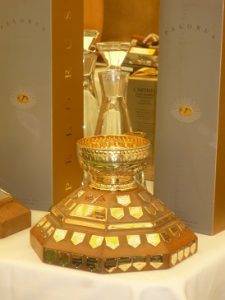 With less than three weeks to go until the start of Round the Island Race 2018 on 7 July, entries are starting to flow in with numbers almost at the 1,000 mark. Equally encouraging is the fact that international entries are on the rise too with a total of 23 teams already signed up.

This annual, world-recognised race organised by Island Sailing Club, in association with Cloudy Bay is one of those must do, quintessential English regattas, that competitors travel thousands of miles to compete in.

As well as the huge numbers that take part, it is the diversity of the fleet that ranges from high profile race teams to weekend club sailors that makes this annual 50nm race around the Isle of Wight so special.

While most of the international entries signed up so far are based in Europe including Belgium, France, Germany Ireland, Italy, and The Netherlands, the organisers are delighted to welcome Charlene Howard and her team from the USA sailing AJ Wanderlust (Jeanneau 45.2).

Organisers are also pleased to welcome back Dr Benic Hervé and his team from France who, racing their Beneteau First 40 Iritis, not only finished in a creditable fourth place in IRC overall, and third in IRC 1 last year, but were also the leading international team.

So far France makes up the bulk of the international contingent with a total of 10 boats but with just over 20 days to go before raceday, there is still time for Belgium or The Netherlands, currently lying second in the international entry rankings, to put paid to the current French domination.