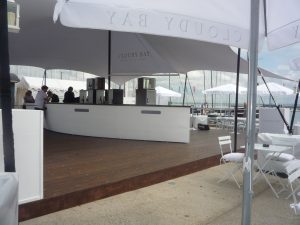 The 2018 Round the Island Race in association with Cloudy Bay,  will take place on Saturday 7th July.

Entries opened on 28th December 2017 and an overwhelming number of competitors have already secured their place in one of the World’s largest participation sporting events, many taking advantage of the preferential Early Bird rate.

Frequent competitors will be pleased to know that it has never been easier to enter the race as the Island Sailing Club have responded to feedback that submitting online race entries can be very time-consuming. This year, any competitor that has raced in the event within the past three years will not be required to re-enter their boat details, thereby saving a great deal of time when it comes to the entry form.

Race organisers want to highlight that Round the Island Race is not just aimed at elite sailors and promote wider participation from sailors of all generations and experience levels. As a result, this year’s edition of the race brings with it the new #ItsYourRace campaign, encouraging competitors to create their own ‘race within the race’. Using the tracker, competitors can select individual boats to follow and race against, increasing the competitive element within a 1600 strong fleet.

Marinas, clubs, friends and families are all encouraged to create their own ‘race within the race’ under the new #ItsYourRace campaign, which will be running alongside the long-standing message of the race, #RaceForAll.

Commenting on the 2018 race, Dave Atkinson, Commodore of the Island Sailing Club, said: “The Island Sailing Club is very proud of its flagship event and want to ensure all competitors make full use of the services on offer to them, including the fantastic tracker which allows competitors to create their own ‘race within the race’. We’re very excited to build on the new #ItsYourRace campaign and continue to thank our family of Race Partners for making all this possible. We very much look forward to seeing everyone on the start line on the 7th July for another great Round the Island Race.”

It is always good that events have supporters enabling the event to fulfil its full potential. The RTI Race is in association with Cloudy Bay.

Established in 1985, Cloudy Bay was one of the first five wine makers to venture into Marlborough, New Zealand. At the time, it was almost an unimaginable place to set up a vineyard but Cloudy Bay’s founder – David Hohnen – was convinced of its potential to produce great wine. The winery was named after Cloudy Bay, a body of water Captain James Cook came across during his voyage to New Zealand in 1770. His discovery coincided with flooding in the region, which washed large amounts of sediment into the sea. Noticing the water’s opaque appearance, Cook cleverly christened the area Cloudy Bay.

Another supporter is MS Amblin. In 2017 this company presented an award to the crew of the Mudeford RNLI for helping a sailor in the RTI Race who had become detached from his boat whilst near the Needles. 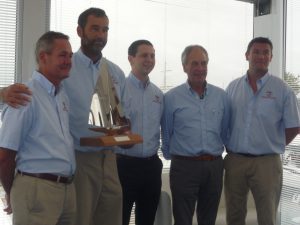