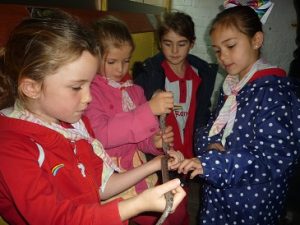 Rainbows (the youngest members of Girlguiding aged 5-7) recently attended an afternoon of fun learning, activities and singing at Fort Victoria. Members of the Needles Section together with leaders visited this well-known tourist attraction just when Storm Brian was at its worst but despite the wind all the girls really enjoyed the West Wight adventure.

2017 has seen the 30th anniversary of the first Rainbow units across the UK and on the Island the number of units and girls attending has steadily grown over the years.

Carol Firth, Commissioner of the Needles Section which encompasses the Central, North and West areas of the Island, arranged this special event together with other unit leaders. Carol said, “All the Rainbows really enjoyed this event, the stormy weather seemed to add to the experience and everyone went home with a special badge. Although the outdoor BBQ was cancelled due to the strong winds everyone still tucked into a hot-dog as well as cakes and drinks. There will be lots of happy memories.”

There were plenty of activities for the Rainbows including a Scavenger Hunt near the beach, a visit to the Planetarium and a visit to the Reptile House where the Rainbows were able to handle snakes, see giant spiders and feed the turtles. During the event Girlguiding Isle of Wight Commissioners Shirley Saunders and Lesley Clifford joined in with the girls as they explored the various attractions at Fort Victoria. 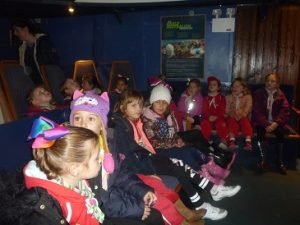 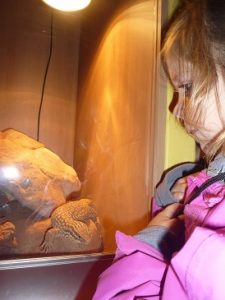 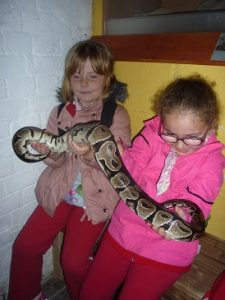 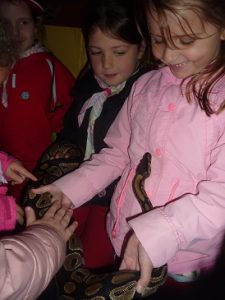 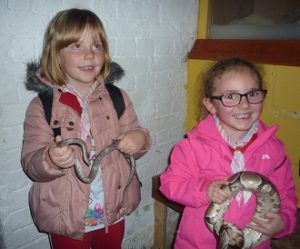 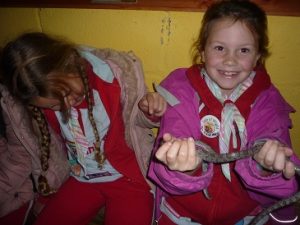 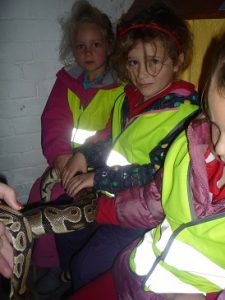 Prior to this special day all the Rainbow Units in the Needles Section designed and made a collage from natural materials as well as paper. These collages were judged by the staff at Fort Victoria with the best one winning the ’Daisy Day Trophy’ presented annually in remembrance of Daisy Thomas who was a great supporter of Girlguiding on the Island. Winners this year were Wootton Rainbows. 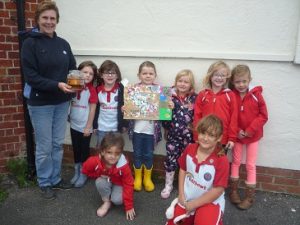 Of course, a Girlguiding outdoor event is not complete without a singsong. With everyone joining in and ending with ‘Good Night Rainbows’ all the girls had a really splendid time.