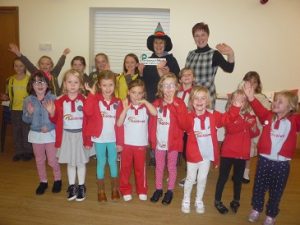 Parliament Week is an annual festival that engages people from across the UK with Parliament, explores what it means to them and empowers them to get involved. There is something for everyone. Parliament Week 2017 took place from 13 – 19 November 2017.

Parliament Week had plenty of ideas and resources to help with events including a kit which included posters, bunting, an ideas booklet, placard and ballot box. Of the 650 Constituencies in the UK there was most interest from the Isle of Wight Constituency.

Also taking part nationally were members of Girlguiding with Rainbow, Brownie, Guide and Ranger units across the UK signing up to take part in the week. So many units in the SW England Region of Girlguiding, of which the Island is a member, took part that the Region Commissioner Carole Pennington was invited to address Parliament.

Girlguiding IW members undertook a selection of Parliament related activities within their units, with more units here taking part than any other Girlguiding county.

At Wootton the Rainbows joined with the Brownies to invite Rachel Brown, Senior Parliamentary Assistant to Bob Seely MP to a special Parliament Week meeting. Rachel told the girls about her work at the House of Commons as well as about the buildings which make up The Palace of Westminster. 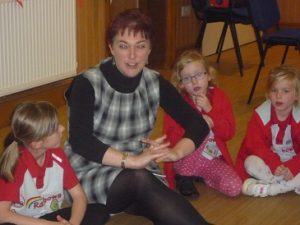 A ballot took place where the girls had to vote for the candidate of their choice, 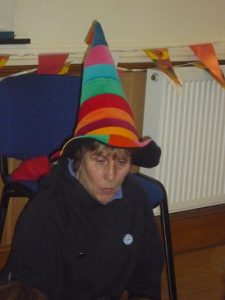 the Brownies made their own versions of the Dearsley windows and all the girls entered into asking dozens of questions related to the work of Parliament in the UK, Rachel’s work, the history of the UK’s Parliament as well as questions on Big Ben.

All the Brownies found out that Norah Dearsley left a bequest for the Palace of Westminster and this money was used to replace four windows which now portray the journey of Womens’ Right to Vote. 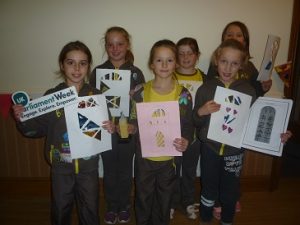 Brownie Blossom Tucker (8) said, “I really learnt a lot about Womens’ voting and parliament and I will vote when I am old enough because it’s really important.”

This special meeting was arranged by Carol Firth Wootton Rainbow Leader and other Rainbow and Brownie leaders.