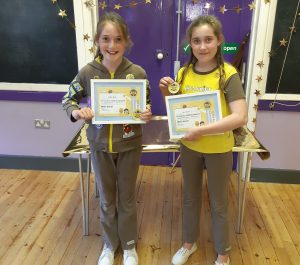 Two Brownies from the 2nd Northwood IW Unit have gained their Gold Awards.

Both of the Brownies are aged 10 and are looking forward to moving on the Guides very soon.

Isla  Potts completed the Adventure Badges from the old programme and then selected from the New Programme: the Performing Badge, Space Badge and Inventing Badge.  She taught the other girls in the unit a song that she had written herself .

Bella Preston also completed the Adventure Badges and  completed the Jobs Badge, Charities Badge and Dancing Badge from the New Programme. Bella taught the other Brownies a dance that she had choreographed herself.

Across the River Medina at East Cowes Isle of Wight the Rainbows and Brownies of the  town took part in a parade, alongside other organisations,  to make the 200 years since the birth of  HM Queen Victoria who resided at Osborne House which the Brownie Section is named after. 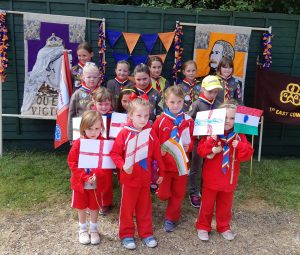