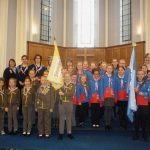 Members of the congregation of St. John’s Church, Newport joined with Brownies and Guides and other members of Girlguiding IW for a special church service arranged for the dedication of new unit flags.

In a church service where the flags were dedicated by the Rev. Janet Hallam there were also celebrations and activities to recognise World Thinking Day which is celebrated in countries of the World where there is Girlguiding or Girl Scouts on 22nd February each year.

Themed on how a small seed, such as that sown by Robert and Agnes Baden Powell in 1910, can grow into a Worldwide movement of 10 million girls and young women, all the church congregation formed a human tree which filled the church. Everyone was also presented with a seed to enhance the message of how such a small item can grow into something much larger.

Brownie leader Felicity Harris and Guide leader Janet Corbett helped organise the event which followed a sleepover for the girls. Island Commissioner Lesley Clifford also attended and said, “How great it was to see so many Brownies and Guides enjoying a weekend of friendship in a safe place where they could show their thoughts for other members of Girlguiding Worldwide.” 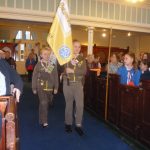 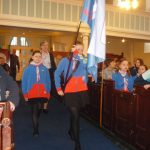 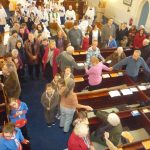 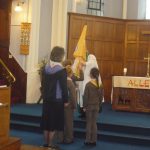 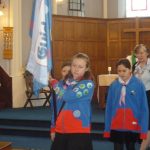