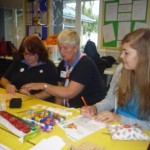 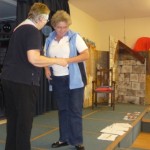 Held at Ryde Junior School the leaders undertook the trainings in their respective Sections in which they work with the Island’s girls and young women.

All the morning sessions were tailored to suit the needs of the girls in the four sections of Girlguiding- Rainbows, Brownies, Guides and Senior Section as well as all the Section Commissioners attending special trainings relevant to Commissioner’s responsibilities. Themes included: Having adventures in and outside of meeting places and organising stay-aways including international trips.

After lunch everyone attended sessions on membership and ‘Growing Guiding’ but prior to this a number of awards were presented to leaders for special services to Girlguiding IW or long term service.

Two leaders (Pictured above) Sallie Boulter from Freshwater and Liz Tagart from Shanklin received 30 Years Service Awards showing a dedication to Girlguiding. Over the years Sallie has undertaken several Executive roles as well as organising weekly meetings for the girls whilst Liz has run regular unit meetings and helped to organise large special events including this summer’s Big Brownie Birthday (100 years of the Brownies) event at the IW Steam Railway. This saw over 300 girls having fun and enjoying a day of activities including a ride on the steam trains. 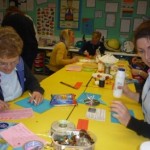 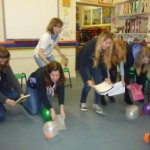 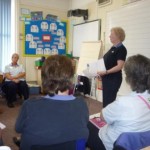