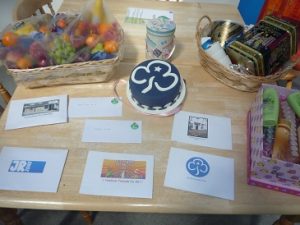 Girlguiding IW were lucky to be selected as one of the Isle of Wight charities to have a pair of IW Festival tickets to raffle for charity.

Selling raffle tickets as well as promoting Girlguiding, most members entered into the spirit of trying to raise some funds for the charity which has over 1,000 members on the Isle of Wight, 600,000 members in the UK and 10 million members Worldwide.

At the grand draw, the hundreds of tickets were tossed before the winning ticket was selected for that 1st prize of a pair of weekend camping tickets worth around £400 or one of the other dozen prizes. 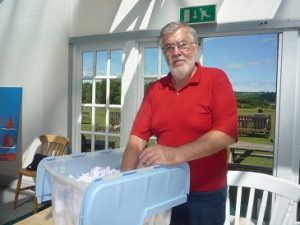 Taking place at Brown’s Golf Café, Sandown the first winning ticket was selected by Ron Clifford and the prize went to Mr. & Mrs Thomas of Sandown. A very happy Mr. Thomas is pictured with his Festival tickets. 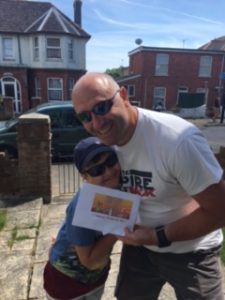 Other prizes included: £50, Hair and Beauty Vouchers, Hampers of fresh fruit and tea & coffee, a large cake, an original painting by artist Donna Jones MBE and vouchers for local attractions.

A total sum of £897 was raised for Girlguiding IW and the organisers would, once again, like to thank the IW Festival for supporting this charity.