Girlguiding members from across the Island enjoyed a visit to Medina Theatre to see this year’s Pantomime, Dick Whittington.
Performed by a professional cast and dancers from a local dance school the show had something for everyone. There were well known songs to sing along to, magic tricks, excellent and colourful dance routines as well as a good story line with up to the minute jokes. In fact, fun for all those attending in a good paced show.

Two Rainbows were invited on stage to help with the performance of YMCA (with actions) both were given goody bags. One of the Rainbows, Ebony, said that she was really having fun and enjoyed singing the songs in the show. 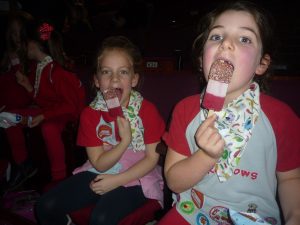 Everyone enjoyed an ice-cream or ice-lolly during the interval and following the show all the Girlguiding members made their way from the theatre to the Medina Leisure Centre Sports Hall for refreshments and a Meet and Greet the cast session. 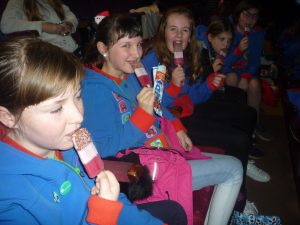 Some of the girls were able to have photos with the cast members and the members of Girlguiding would like to thank the cast for giving up their time to visit the girls after the performance. A group of girls joined ‘ King Rat’ for an impromptu Rat Dance. 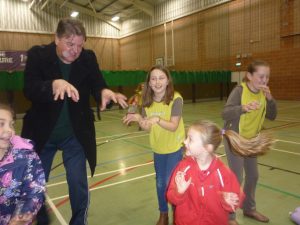 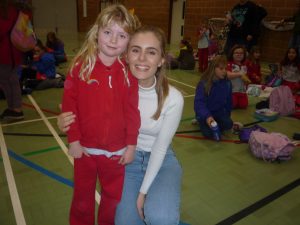 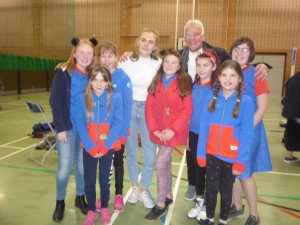 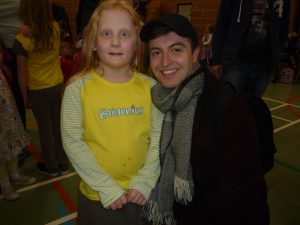 Why not follow the Girlguiding members and book now for a most exciting pantomime. This quality cast this season, includes the return of Island favourite TV Funny man, Bobby Dazzler, TV Magicians Des & Cherry King and international vocalists Charlotte Medhurst and Sam Webb. In support are the fantastic Dance Vibez performers. Special guest star, Disney and West-End veteran, Steve Devereaux joins in the role of King Rat. This production which will be celebrating its 10th consecutive pantomime year at the Medina Theatre has plenty of laughter, music and magic making for an exciting pantomime with Dick Whittington, Fitzy and Dame Sarah Suet.
The shows run until the 31st December.