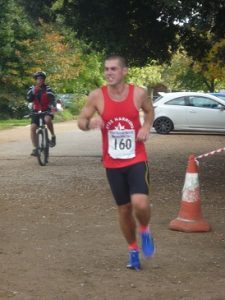 On Sunday 8th October, Adam Tuck became only the third Ryde Harrier to triumph in the IW Marathon, after 61 years of the event.

In only his fourth outing over this distance, his third this year, he came home in 2:53:15. Adam’s father Graham Tuck was a GB International runner.

Second slot in the race was taken by Daniel Faulkner of IW Road Runners in 2:55:41, in his fifth Marathon. Daniel was in a conservative seventh place for the first 22 miles, before a strong run to the finish saw him come through the field.

A second Ryde Harrier Paul Muffett came home in fourth place in 2:57:03. He was the first Island Veteran finishing in a new record time for the Veteran 55+ age group. 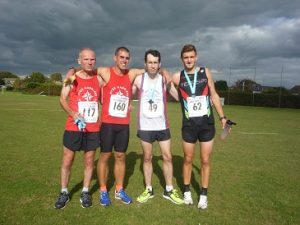 With only six men recording a sub 3 hour time this select band were completed by William Goozee of IW Road Runners in 2:57:37 and Lee Baynton -Benfleet AC- in 2:59:29.

Host club Ryde Harriers were runners-up, ahead of IW Road Runners ‘B’ team.

Hayley Baxter, IW Road Runners was the first lady runner home in 3:43:09 in only her third Marathon race. She realised she had started too fast and struggled around the 20 mile mark, but recovered well to become the first female IW Road Runner to taste victory. 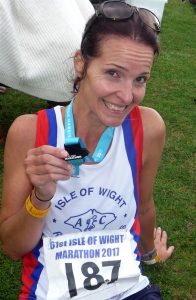 Hayley told us her target time had been 3:45 so she was very pleased to better it, she was flabbergasted to be the first lady home, though. In addition Hayley was first Island Lady, first Vet.40+ female and a member of the victorious ladies team, she was in 22nd place overall.

Nicola Kelly from Taunton was the runner -up in 3:45:34 and unattached runner Mandy Steward from Apse Heath was third in 3: 50:28.

Just over 200 runners had entered for the race with 140 of them completing the event which was based at Cowes Community Club and entailed a course from the club to West Wight and back.

First Aid cover was provided by the IW Branch of British Red Cross and the race was organised by Ryde Harriers. 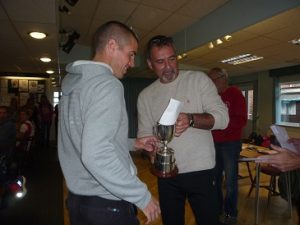 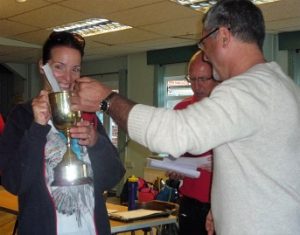 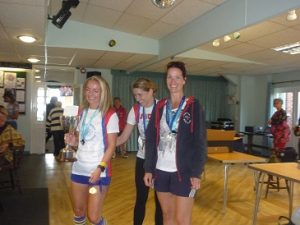 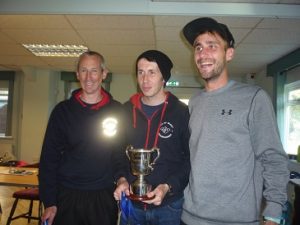