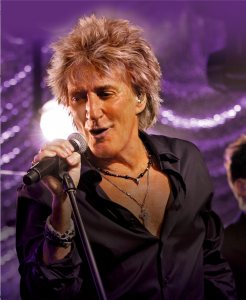 Find one of five pairs of The Isle of Wight Festival tickets hidden amongst the records as part of the special 10th Anniversary celebrations of Record Store Day at the Ventnor Exchange on Saturday 22nd April.

The Isle of Wight Festival 2017 have partnered with the Isle of Wight’s Ventnor Exchange, in support of Record Store Day, giving away five pairs of weekend tickets to this year’s festival. Each pair of tickets will be hidden inside mystery records for lucky customers to find throughout the store.

“We’re incredibly excited to partner with Ventnor Exchange for Record Store Day. The day plays an important role in supporting independent stores and record sales, bringing together hundreds of the UK’s independent record shops and celebrating their unique culture. The Isle of Wight Festival aims to support local businesses and we try to work with as many as possible, and what better than the Island’s one and only record store!”

This Saturday marks the 10th anniversary of Record Store Day, celebrating the culture of independent record stores. First launched in America, this year will be the 10th year the event has been run in the UK and has helped to propel to revival of vinyl, which overtook sales of physical CD’s in 2016 for the first time in decades.

Record Store Day has become an annual gathering at Ventnor Exchange, celebrating the unique culture around record stores. As well as stocking many of the limited edition records made available exclusively for the day, from artists spanning from Isle of Wight 2017 performers Bastille to last year’s Iggy Pop there will also be a packed programme of events.

Throughout the day on Saturday 22nd April there will be live ‘in-store’ music running all day from acts including The Orders, Doug Alldred and Ventnor Darlings along with many others including some special guests. The evening will see the return of the BIG Record Store Day? Quiz with some fantastic prizes to be won, including a signed autobiography from this year’s Isle of Wight headliner Rod Stewart.

Doors will open at 9am with free limited edition Fred Perry bags on offer for the first 20 people through the door and the best opportunity to find those mystery records.