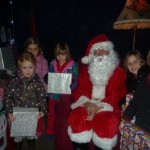 Although the long train ride through the Island countryside on a train at the IW Steam Railway was a first for some it was the excitement of seeing Santa that made an outing to IW Steam Railway at Havenstreet extra special for dozens of Island Rainbows.

Gifts received from Santa were large and intriguing and all the 170+ Rainbows from units across the Island were thrilled to see Santa in his grotto which was full of colourful fairy lights and Christmas scenes.  As well as a visit to Father Christmas all the girls enjoyed a Christmas Show with Randini and a ride on the Carousel.

Special Chocolate Bars and drinks were enjoyed and the girls were enthralled by the birds of prey display where they were allowed to get up close to an owl.

Most of the Rainbows joined with leaders in singing Christmas songs whilst on the train journey and a white frost across the countryside for those travelling on the early morning train made for a Christmas scene. 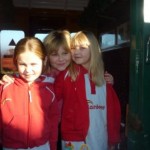 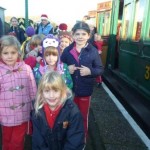 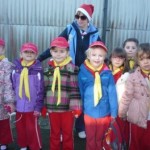 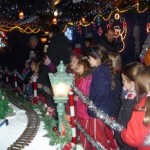 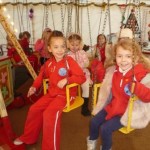