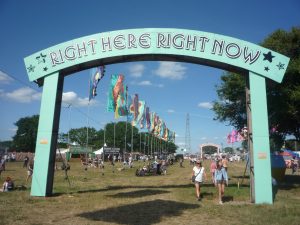 Hard Rock Cafe has announced that it will be returning to The Isle of Wight Festival for a sixth consecutive year. This iconic brand is excited to be partnering with the legendary festival once again in 2019 with the Hard Rock Stage and with a line-up for the stage has been carefully selected by both Hard Rock and The Isle of Wight Festival. This  promises a mix of music’s most exciting rising stars, emerging artists, undiscovered acts and a couple of familiar faces, ready to rock this year’s festival.

This year’s line-up includes Andrew Roachford who, ever since bulldozing his way onto the scene with unforgettable tracks like ‘Cuddly Toy’ and ‘Family Man’ in the late 80s, has spread his maverick take on music far and wide. As the first artist to sign a staggering seven-album deal with Columbia Records, it heralded the beginning of something big. “Getting signed and being a black British artist gave me a sense of pride” enthuses Andrew.

GIO’s sound is defined by soaring vocal melodies, swaggering riffs and pulsating rhythms. If you like anything from classic rock to a more contemporary vibe, you’re sure to like this.

Greywind are a two-piece alternative rock band from Killarney in Ireland formed by siblings Steph and Paul O’Sullivan. In their first 25 shows as a band they have already played some of the biggest festivals in the World, including Reading and Leeds Festival, Download Festival and Rock Am Ring and now are very excited to add the Hard Rock Stage at The Isle of Wight Festival to that list.

Joe Slater, the kid from Croxteth, has been making big news as his new EP State of the Ark was picked up immediately by British Airways for their in-flight entertainment, by Tom Robinson at BBC 6 Music and by Fred Perry Subculture. He kicked off 2019 by selling out venues in Liverpool and London with his own style of Scouse rock’n’soul.

Georgia and the Vintage Youth are heading to the Isle of Wight after a 50 city tour which finished on the main stage at The Royal Albert Hall. A crazy mix of vocals, ska piano and growling sax. – this lady is bringing the party.

Music is the heart and soul of the Hard Rock, a brand which for more than four decades has been committed to supporting live music and emerging artists from around the globe. The Hard Rock Stage at The Isle of Wight Festival is the perfect platform to get new tunes out there to thousands of music-lovers.

Sarah Handy, Hard Rock Cafe London Sr. Sales & Marketing Manager said: “We are thrilled to be back for our sixth year. This is the festival that sets off the summer season and we’re extremely happy that we continue to be a part of it. The Hard Rock Stage promises some of the most exciting new acts to hit the music scene, something Hard Rock supports and has always been incredibly passionate about. Once again it’s so exciting to be bringing more rising stars to the Hard Rock Stage this summer!”

Isle of Wight Festival promoter John Giddings commented: “We have this fantastic opportunity every year to showcase some of the great new musical talent that is out there and I’m excited to again partner with the Hard Rock Cafe on this. I’m looking forward to hearing some great bands across the weekend on this stage and hoping to find that future Isle of Wight headliner!”