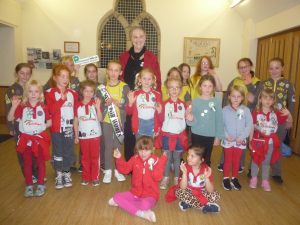 Parliament Week is an annual festival that engages people from across the UK with Parliament, explores what it means to them and empowers them to get involved. Parliament Week 2018 took place from 12 – 18 November.

Taking part nationally were members of Girlguiding with Rainbow, Brownie, Guide and Ranger units across the UK signing up to take part in the week.

Girlguiding IW members across the Island undertook a selection of Parliament related activities within their units.

At Wootton the Rainbows joined with the Brownies to invite Rachel Brown, Senior Parliamentary Assistant to Bob Seely MP to a special Parliament Week meeting. (Pictured above.) Rachel told the girls about her work at the House of Commons and explained that 2018 celebrated 100 years since the first females in the UK were allowed a vote. All the girls had plenty of questions for Rachel and all the Rainbows made ‘Votes for Women’ badges. 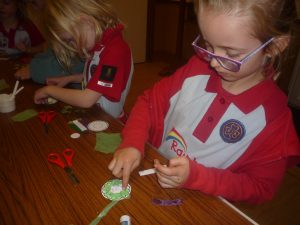 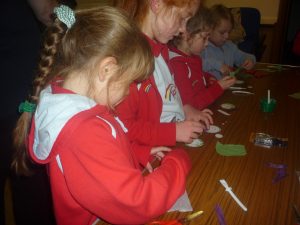 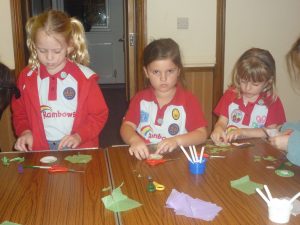 One Brownie said, “I really learnt a lot about Women voting and parliament and I will vote when I am old enough because it’s really important.”

Guides in the Bay Area chose inspirational women connected to Parliament as a topic to study. Many chose well known Suffragettes including Emmeline Pankhurst but others chose HM The Queen.

Members of Carisbrooke Guides learned about the Houses of Parliament, voting and the ballot box by undertaking activities and games and discussions. 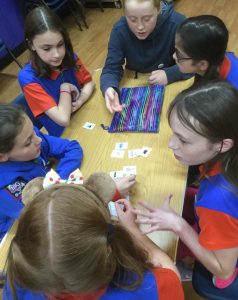 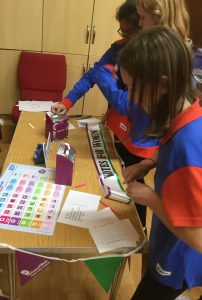 Linda Stone Leader of Carisbrooke Guides said, “We did some activities from our Parliament Week pack, we found out what we knew about Parliament, we were democratic and voted, we made sure everyone’s opinion was heard, and we had some lively discussions.”