Girlguiding members have been out and about across the Island in the weeks before Christmas, Carol singing, performing Christmas plays and verses, decorating Christmas Trees and generally helping other charities-something that Girlguiding is very good at. 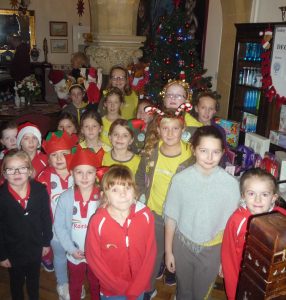 Also, in Ryde at All Saints Church, other Girlguiding units in the Ryde/Binstead area held a Christmas service with Carols, Poems and Christmas stories. This was organised by 1st Ryde Brownies and their present and past leaders as part of their 100 years celebrations. Michael Lilley and Cllr. Charles Chapman were in attendance and the service was well attended by all the unit members’ families and friends.
With a theme of Christmas Around the World everyone learned about Christmas traditions in other countries and ‘Silent Night’ was performed by the Brownies in German. A collection taken was donated to ‘Ability Dogs for Young People’. 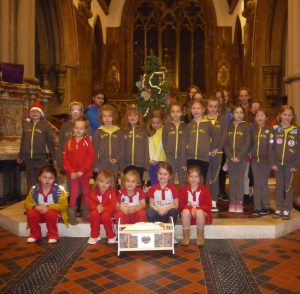 Several Girlguiding units took part in the annual Brighstone Christmas Tree Festival with each unit decorating a tree many with hand- made decorations and other units have been Carol singing to entertain shoppers. 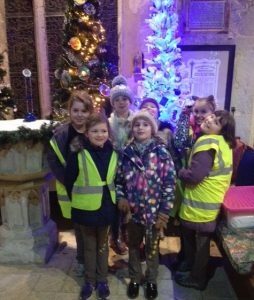 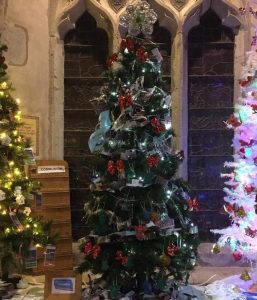