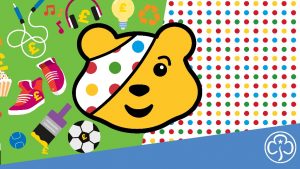 Excitingly, Girlguiding and BBC Children in Need are teaming up this year to raise money for good causes around the country.

Children in Need have ready- made fundraisers with the 400,000 Girlguiding members across the UK- 1,000 of whom live on the Island. It is easy to get involved, for Girlguiding members. They can simply take their age and do something good with it, for example a six year old Rainbow making and selling 6 cakes or a Unit that’s 13 years old could run a virtual Half-Marathon.  It could be the distance they cover, the duration of a particular challenge, or the number of things they do – whatever it is, they will be helping to make a difference to young lives across the UK.

This Act Your Age campaign is designed to be flexible so that Girlguiding members can take part whether they are meeting online, in person, or even if they are not currently meeting at this time.  A Unit can be set a challenge as part of a Unit meeting, or they can be supported to take on a fundraising challenge at home. Of course, the public need to support Act Your Age too by donating to Girlguiding members or directly to Children in Need.

This year the fundraising period runs from 19th October to 13th November – Children in Need’s big night on the BBC. All the money raised through fundraising should be paid to Children in Need via their JustGiving page.  Half of this will be given to Girlguiding where 25% will be used to support national Guiding projects and the other 25% will go back into local Guiding in the form of grant aid for units that are experiencing hardship.

A special Pudsey Bear Badge is available for Girlguiding members with proceeds from sales of the badge going into the Children in Need funds. 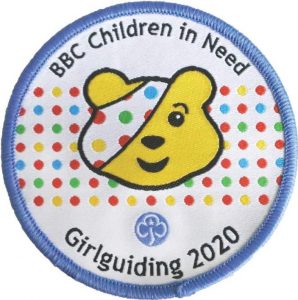