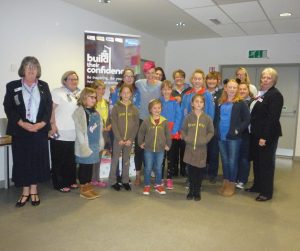 Girlguiding IW played host to one of Girlguiding’s national ambassadors with Anna McNuff’s visit to the Island.
Anna is an endurance athlete, adventurer and speaker and this year her latest challenge has been to try and run the distance of 100 Marathons (2,620 miles) barefoot through Britain.
This ‘Barefoot Britain’ challenge started in the Shetland Islands on Sunday 2nd June and ends in London on Sunday 17th November. A route including Scotland, NI, Wales and the Channel Islands has been undertaken prior to the visit here.
She visited the Isle of Wight as part of her challenge on Sunday 3rd November travelling here with Red Funnel. This followed a run from Lymington to the outskirts of Southampton on the previous Friday.
Anna was greeted in St. Thomas’ Square, Newport by Guide Section Commissioner Linda Stone and Brownie Katie Wells and a Guide Keira Wells who, along with other supporters ran with Anna at the start of her route to Ryde. Some of the other runners ran with Anna to Shanklin and others joined in along the way. One runner joined Anna for the 20+ mile run on the Island which finished on Ryde Esplanade. This run used, in the main, the cycle ways and footpaths.
Girlguiding IW members were invited to join Anna as part of this adventure by attending a talk on Sunday evening at The Bay CE School, Sandown. Here, Anna regaled her audience of Brownies, Guides Girlguiding IW leaders and other supporters with her exploits and spoke on her previous adventures in South America, The USA, where she visited every state, and her favourite destination- New Zealand.
Details of these exploits plus those encountered in ‘Barefoot Britain’ made for a very entertaining evening which the audience enjoyed. Anna’s talk was followed by a Q & A session.
Anna’s main thrust of the talk was ‘Be Yourself’ saying, “Do not worry about starting things that you think you can’t finish. You usually do manage to finish them.”
Having been a Rainbow, Brownie and Guide in London Anna has been only too pleased to support Girlguiding, the leading charity in the UK for girls and young women, by undertaking this challenge. 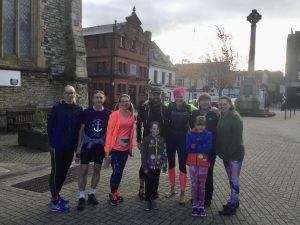 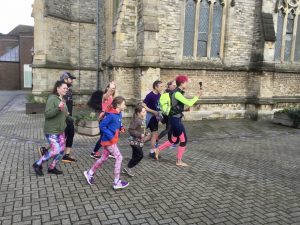 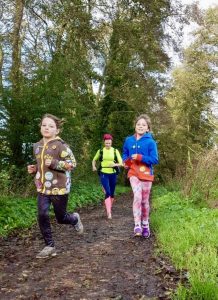