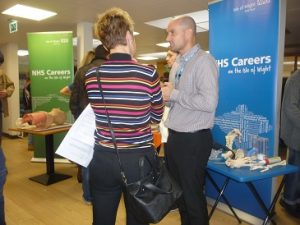 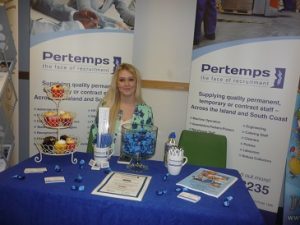 Isle of Wight College was the venue for the Careers, Education and Jobs Fair held recently.

It was open to all Island residents looking for work, apprenticeships, training or considering their future career.

Seven universities were represented as were Island and national companies plus a number of charities spread over almost sixty stands. One of the charities, The Duke of Edinburgh’s Award had a stand as employers are now looking for their employees to have other skills outside of the workplace. 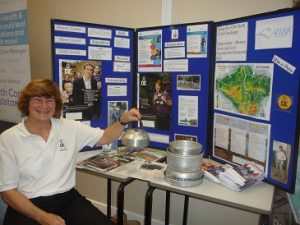 Based at Dodnor, Platform One College of Music is offering the first Masters Course on the Island in conjunction with The University of Chichester. Entrants need a degree or relevant experience in the Music business for this course. Principal Dave Pontin told us that Platform One has already run a pilot scheme based on this course which proved popular.

Isleofwightjobs.com is based in Ryde with a staff of six. They have been operating here for four years and work in conjunction with IW Council and Job Centre Plus. They have some 28K job registrations on line and claim they are ’Changing the Way the Island Works’.

APS Produce (ex. Wight Salads) based in the Arreton Valley grow mainly tomatoes, some 30—40 types. Even more varieties are being Trialled on site. When Mary Berry visited this company she made a salad comprising a selection of tomatoes, which come in many forms, sizes and colours. 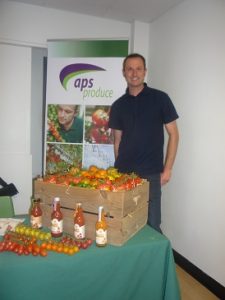 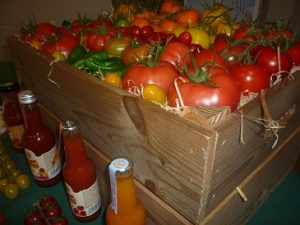 One of the Island’s newest employers Ascensos Ltd. was recruiting at the fair. This company has Europe’s fastest growing contact centres and as well as their base in Scotland, have the Island base at Somerton and bases in Romania and The Netherlands. Argos is just one of their many customers. 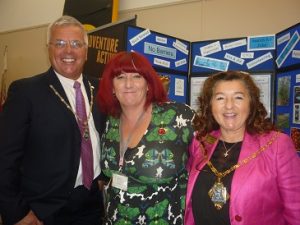