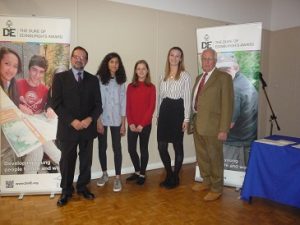 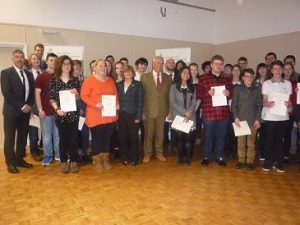 Hosted by the IW College there were three students achieving Gold (pictured above (Top of Page) with the Lord Lieutenant (R) & Leader Alastair Bridle) while seventeen were honoured with Silver and 51 with Bronze.

Guests were welcomed by Lee Matthews, D of E Manager for the Island. He thanked the Lord Lieutenant Martin White, who presented the Awards, for his fantastic support.

Carol Taverner, D of E Facilitator pointed out that the D of E Award has been inspiring young people since 1956. She added the scheme is tailored to the individual needs of those taking part. Additionally, Carol said that the students are helped by a large number of parents/carers and volunteer group leaders.

Most of those receiving Awards shared their experiences of gaining skills, helping in the community, physical activities and expedition undertaking with the audience of families and group leaders.

Three young women were the recipients of Gold Awards. They were presented with their badges and will receive their certificates at a ceremony at a royal palace sometime in the future from a member of the Royal Family. All three worked for their Awards via Island Innovations Sixth Form, Newport however two had commenced their awards whilst with 2nd Ryde Sea Scouts.

Amelia Rusling included learning to drive, undertaking a Tall Ships voyage from Falmouth to London and volunteering with the Sea Cadets amongst her successes. After taking her A-Level exams Amelia went on a two -year travelling experience including Australia, the South of France and Italy. Although she had gained her award some time ago it was only now that she was free from her busy schedule to receive her award and commence her university course.

Hannah Mary Gale remembered her camping experience in the Brecon Beacons when she awoke to discover frost on the surface of her tent. She also undertook the N.C.S. Challenge which involved a residency in Swanage. Now Hannah is hoping to study maths at Bath University.

Moza Ackroyd studied mine workings and geology whilst on her expedition and undertook a residency at Edinburgh University. She now plans to study Physics at University. 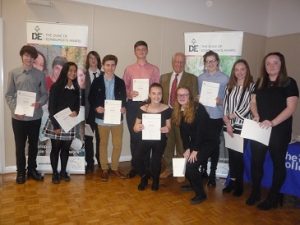 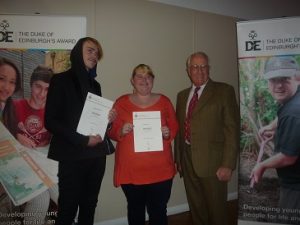 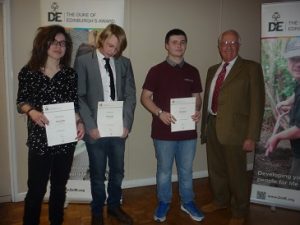 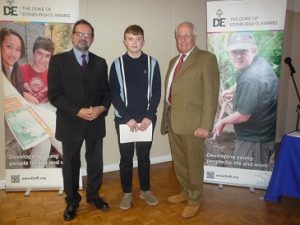 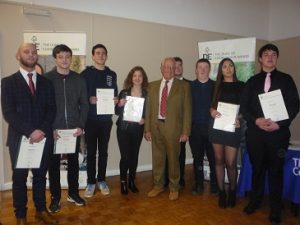 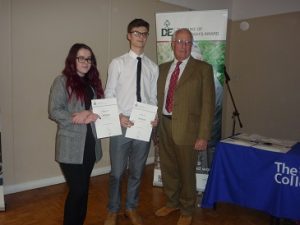 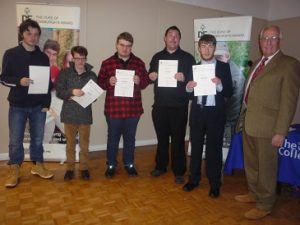 A Long Service award was handed to D of E volunteer Pam Johnson for her 20 years of voluntary duty- 12 of them on the Island.

Natalie Woods was given a special award for taking over the running of Newport Open Award Centre whilst Carol Taverner was indisposed last year. By a strange twist of fate Natalie is now on crutches following an unfortunate accident in the Brecon Beacons whilst undertaking D of E volunteering.

Martin White the Island’s Lord Lieutenant congratulated all those receiving awards and encouraged everyone to continue with volunteering with Island charities saying that the Island community would be a much poorer place to live if it was not for the volunteers here. 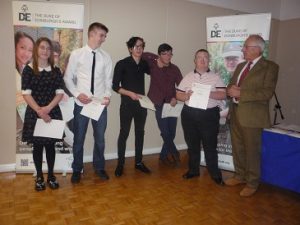 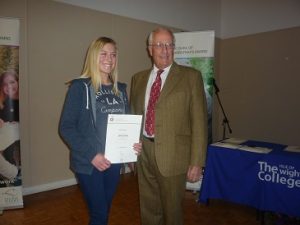 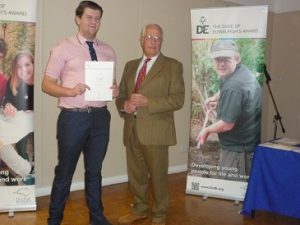 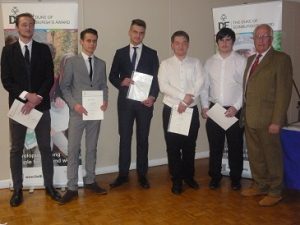 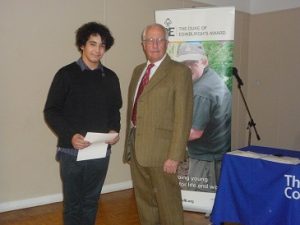 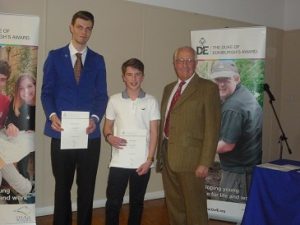