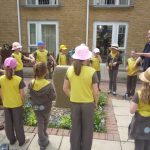 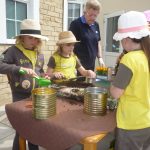 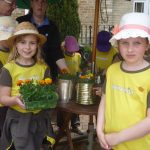 Brownies from the 1st East Cowes unit recently enjoyed an afternoon in the sun when they undertook some gardening activities.

Accompanied by Brown Owl Katie Charlton and Wise Owl Marion O’Nions all the Brownies worked very hard by planting up dozens of pots and planters with Summer bedding plants and tomatoes.

Arranged by Highfield’s Activities Coordinator Angela Edwards this event was a good chance for the Brownies to meet some of the older generation as well as doing something for the community.

Katie Charlton said,” It is so good to see the Brownies enjoying this activity and all the Brownies seem very happy meeting with older residents. It’s great when generations come together.”

Several of the residents of Highfield said how they enjoyed seeing new faces especially the smiley faces of the Brownies. 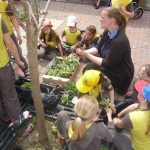 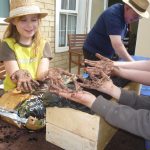 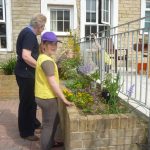 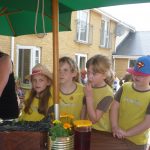