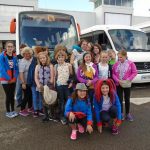 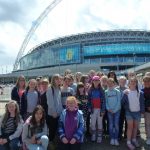 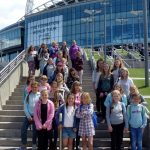 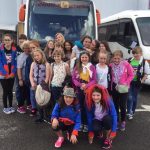 In July well over 100 members of Girlguiding IW travelled to The SSE Arena, Wembley, London for the latest edition of Girlguiding’s Big Gig.

Imagine a packed arena filled with 10,000 screaming and shouting Guides and you capture the scene for this pop concert with a difference-it’s an all girl audience.

Top of the bill was Jess Glynne who recently performed at the IW Festival at Seaclose Park-she was as much as a wow with the Guides as she had been on the Island.

A Spokesperson for Girlguiding explained way the audience was excited to see Jess saying, “Jess is truly a star on the rise, with nominations for this year’s Brit Awards in three categories. We’re so excited to see her perform songs like ‘Home’ from her debut album which is out later this year.”

Other performers included Calum Scott a Britain’s Got Talent finalist in 2015  who has his current single, ‘Dancing on my Own’ at Number 2 after 16 weeks on the chart and Fleur East who came a close second in series 11 of The X Factor.

Guides from Carisbrooke, Newport, Lake, Binstead and Ryde were amongst the packed audience for this event having travelled to London for the day. A number of older Brownies from the 5th Sandown Unit who are joining Guides in September were also in the group from the Island.

Whilst there several Guides from 1st Carisbrooke decided to make their Guide Promise(see photo and names beleow) as  Guides are always looking for unusual and exciting venues to do this and in front of the other 10,000 girls this certainly added up to somewhere unusual. 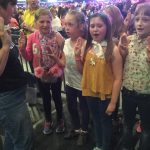 Linda Stone leader of 1st Carisbrooke Guides undertook the Promise ceremony with the girls. Tammy Vincent leader of Lake Guides said, “We were able to make the trip thanks to travel vouchers from Wightlink. All the girls had an amazing time.”

Next Big Gig is planned for October 2017.