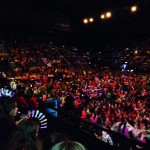 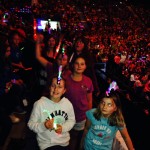 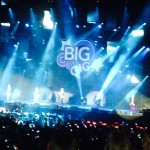 Guides from the Island were dazzled by some of the biggest names in UK pop as they headed to Wembley Arena for Girlguiding’s BIG GIG on Saturday 4 October.

East Cowes Guides were amongst other Island units who joined a girl-only crowd of more than 10,000 at the event, held exclusively for Guides from all over the UK.

All the East Cowes girls, aged between 10 and 13, enjoyed performances from a line-up including chart toppers Little Mix who had number one hits with Cannonball in 2011 and Wings in 2012, street dance superstars Diversity, girl group Neon Jungle and four-piece boyband Union J.

There were many highlight for the girls’ trip to London including seeing so many other Guides from across the UK. A special badge was produced for the girls to purchase and keep as a memento and most bought a glow-stick headdress.

Alana Bell and her fellow Guide Leader Hannah Pothecary led the girls on their adventure to Wembley. She said “The guides had a fantastic time. The overall consensus was it was amazing, awesome and very loud. They loved it and can’t wait till next year. They particularly liked Diversity and the light show was amazing. One Guide (aged 10) stated that it was the best she had ever seen in her life”.
Alana added “It was a real adventure for most of the girls because they hadn’t been to a live gig in such a huge venue before. Being surrounded by so many other Guides made the atmosphere even more special. I’m not sure who enjoyed it more, the girls or the Leaders.”

The BIG GIG is hosted by Girlguiding for members aged between 10 and 14, and has seen some of the biggest names in pop – including Ed Sheeran, Tinie Tempah and Rita Ora – perform at major venues around the UK over its 13-year history. 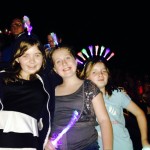 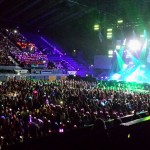 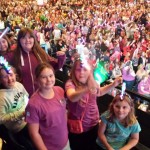