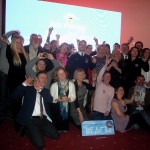 Northwood House was the venue for the fourth edition of these Awards (2015) sponsored by Red Funnel’s myIsleofwight.com
Hosted by David Thornton CE of Visit Isle of Wight (VIOW) there were a record number of votes this year.
Reviewing tourism on the Island, David said that following the launch of the Warrior Trail last year, 2016 would see the Churchill Trail opened.
Tied in with the tercentenary of Capability Brown the Garden Isle would take on a new meaning. Referring to Wight in Bloom, sponsored by Red Funnel, entries had tripled last year.
Hosting the Figaro du Solitaire yacht race at the end of June into July on the Island would tie in with the 2016 edition of Festival of the Sea, as would Shipwreck Island and the JPMAM Round the Island Race.
David was also pleased to announce that the numbers of first time visitors to the Island are growing.
Kevin George CEO of Red Funnel said in his welcome speech that it was a privilege to celebrate the great and good of the Island at the Awards.
Following the refurbishment of the ferries Red Falcon and Red Osprey, Red Eagle is next in line. Meanwhile Red Jet 6 was in production in East Cowes, as reported on this web-site and the planned new terminal in Southampton would move the company forward. 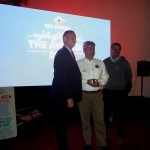 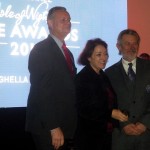 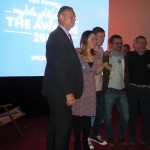 The 2016 Award will be launched in March 2016 – so watch this space for more information on how to vote for all your favourite businesses.
We use cookies on our website to give you the most relevant experience by remembering your preferences and repeat visits. By clicking “Accept”, you consent to the use of ALL the cookies.
Cookie settingsACCEPT
Manage consent