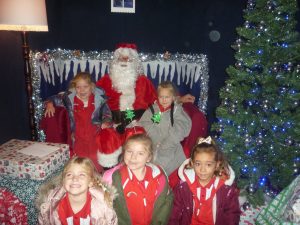 Rainbows, Brownies, Guides, Rangers and leaders formed groups of Carol Singers to entertain the visitors at IW Steam Railway, Havenstreet on several occasions on the run up to Christmas.

Sandown Rainbows and their leaders meanwhile enjoyed a full day-out at the Steam Railway following an Island Line rail journey to get there. At Havenstreet all the girls had fun with a ride on the steam train and joined in the performance by Huxley the magician as well as a visit to Father Christmas.
One of the Rainbows said that her present from Father Christmas was nearly as big as herself and it was really exciting to see the magical Christmas lights on her way to Santa’s Grotto. 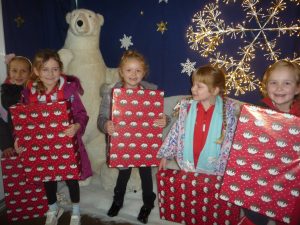 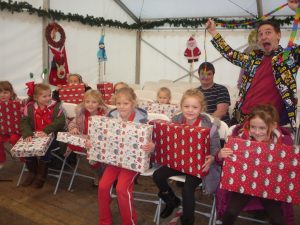