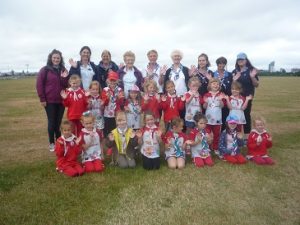 Rainbows from the 11th Newport Unit together with leaders Sharon, Sheila and Donna travelled to Southsea recently via the Hovercraft- a way of transport which most of the girls had not experienced before.

On arrival at Southsea the group enjoyed games and activities on Southsea Common whilst awaiting the arrival of fellow Rainbows and their leaders from the 3rd. Northfleet Unit, Kent.

Several years ago, the link between the two units was made when the then leaders of the two units, Sheila Cates from Newport and Vera Jackson from Northfleet happened to meet up on the Island whilst Vera was taking a holiday here. Since that original meeting the units have kept in touch by correspondence and meeting up.

With Vera now a regular visitor to the Island both Vera and Sheila decided to organise a trip to Southsea so that the two units could once again meet up, enjoy some fun together and celebrate the 30 years of Rainbows.

Following a walk across Southsea Common all those attending enjoyed a picnic before a visit to Bluereef where they participated in a special talk on Seahorses and joined in a rockpool hunt. 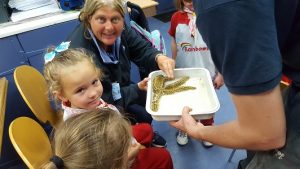 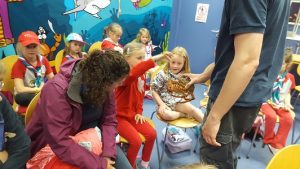 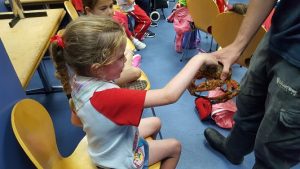 . Led by Rob from Bluereef the girls were eager to stroke the crabs, including a large spider crab, and a star fish which they learned was really called a Sea Star. They also learned that seahorses can have 1,000+ babies at one time!

Games were undertaken in the outside area of Bluereef 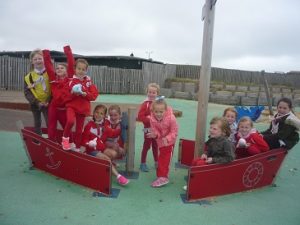 before a short walk to Southsea Castle where a picnic tea, with Birthday Cake and a traditional sing-song, led by Donna, were held. The Birthday Cake was a surprise for the Newport girls and a gift from the Kent Rainbows. New Rainbow leader Sophie made her Promise watched by all the Rainbows before the girls from the two units said their farewells to their new friends. 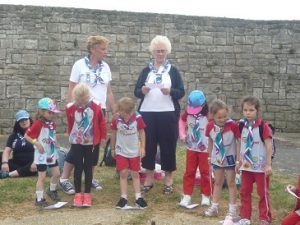 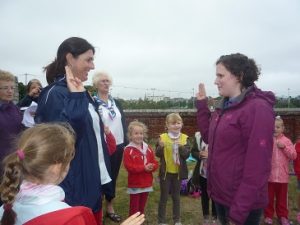 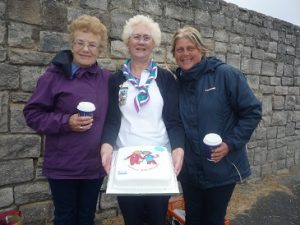 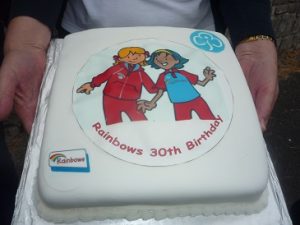 Sheila Cates said,” It is great to see the Newport girls meeting up with others from a different part of the UK. They were surprised to learn that the Rainbows from Kent knew the same songs as themselves but each unit was pleased to learn a new song from the other. With so much in common it is easy for Girlguiding members to make new friends. ”

In the past Northfleet, Kent has had links with the Isle of Wight as the cables for PLUTO were produced in the Henley’s/ AEI factory there before being used across the Island and the English Channel during WW2.