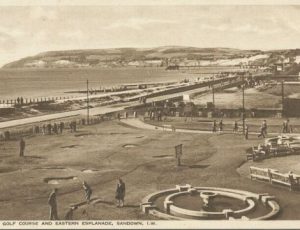 For the first time in its 24-year history, Heritage Open Days – England’s largest festival of culture and history – will take place over two consecutive weekends in September- 6th -9th AND 13th -16th.

This year, in recognition of the centenary of the Universal Suffrage Act, there will be hundreds of events taking place on the theme of ‘Extraordinary Women’ .

There are 14 FREE events listed for the Isle of Wight. See https://www.heritageopendays.org.uk for full details-how to book walks etc.

2.Museum of Island History, Guildhall, Newport–Thursday 6 September: 1000 – 1500– history of the Isle of Wight from fossils to festivals housed in John Nash designed building.

6.Humphry Repton Bicentenary Walk at St John’s, Ryde. Saturday 15 September: 1400-1700. Start Appley Car Park, Ryde. Walk led by the Isle of Wight Gardens Trust explores the St John’s Estate originally landscaped by Repton and dating from the late 18th century. Walk will finish at St John’s House – now the site of Oakfield Primary School – where there will be an exhibition of children’s work on the landscape of St John’s. Walk- bookable.

7.Celebrating Sandown – PLUTO & the Pavilion-Browns Golf Course, Culver Parade, Sandown. Saturday 15 September: 1000-1400: Sunday 16 September: 1000-1400. The Grade 2 Pavilion in Yaverland is a testament to engineering ingenuity including the Pipeline Under the Ocean (PLUTO) that fuelled the D-Day landings.

In addition to these events, although not under the Heritage Open Days banner, the Women’s Institutes of East Cowes and Whippingham have organised an event to celebrate the centenary of the Universal Suffrage Act. Businesses in East Cowes are taking part and on 15th September there will be a parade around the town starting from the Recreation Ground at 12.45pm. Girlguiding IW members are taking part in this parade.