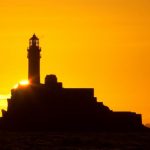 Entry into the Royal Ocean Racing Club’s flagship event, the Rolex Fastnet Race surpassed expectations in record-breaking time. With a 340-boat limit this target was reached in just 4 minutes and 24 seconds after the on-line entry system was opened at 12noon on 9th January, setting a new record.

This frenetic trend continued for the next hour and into the afternoon, with entries streaming in from all around the world. Within an hour, nearly 400 boats had signed up for the biennial 603-nautical mile race, which starts off Cowes.

Nick Elliott, RORC Racing Officer explained his reaction to the phenomenal demand to enter this historic race which started in 1925.

“The take-up of entries for the 2017 Rolex Fastnet Race has been incredible. We expected to better the time it took to reach the limit in the last race of 24 minutes, but this is amazing. It just exemplifies how sought after the places in the race are and confirms that it is a real sporting institution; one which every sailor wants to tick off their personal ‘bucket list’.”

Entries from 28 different nations signed up and include Great Britain, France (who have dominated the event in the recent years), Netherlands, Germany and USA, with an entry from Korea as well as from Australia and New Zealand. This year’s race has attracted the usual diverse fleet of yachts, from beautiful classics to some of the world’s fastest racing machines.

This 47th edition of the Rolex Fastnet Race organised by the Royal Ocean Racing Club will start in the Solent from Cowes, on Sunday 6th August and finish in Plymouth. All the yachts sail via the Fastnet Rock, the symbol of the race located off the southern coast of Ireland.