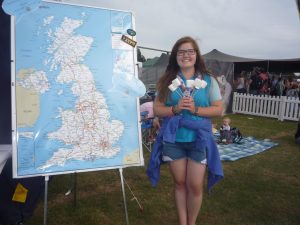 As well as handing out these sweet treats Girlguiding IW members hosted hundreds to the stand who selected old and new Girlguiding badges, found a free gift in the lucky dip, purchased a much needed sunshade or pinned their special Girlguiding place on a large map. Of course the Isle of Wight proved the most popular spot for the pins with dozens of IW members visiting the stand. According to the map Aberdeen proved the furthest place from the festival site for UK visiting member but topping the furthest overall list were two Guides from Australia and one Girlscout  from the USA. 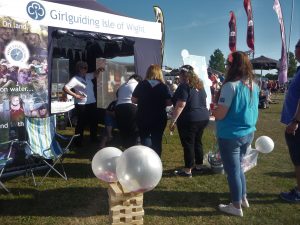 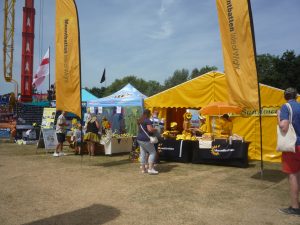 Local Music College Platform One staged 48 acts over the weekend in their mini “Big Top’ which at times was bursting at the seams with those listening. This was close by the raft of stands from local charities and organisations.

Since 2002, when the IW Festival was reborn, the number of British music festivals has quadrupled. Now, there are 1500+ held each year.

With its unique heritage, dating back fifty years, the Island has an unrivalled pedigree. To celebrate its golden anniversary festivalgoers were encouraged to dress in gold clothing. A large number duly did including festival curator John Giddings. 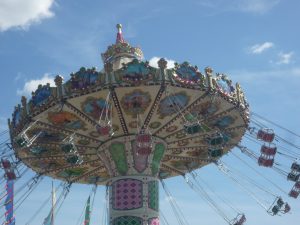 With a combination of hot sunny weather and a crowd of 72,000 there were monster queues for cooling drinks. In fact, in one area of the park, crowds were lined up in one queue waiting to join the already long queues for drinks.

Kashmir Café, run by Quay Arts, was offering real ale including the Island’s own Yachtsman’s Ale. Appropriately, during a break in live performances, Led Zeppelin’s ‘Kashmir’ was playing. 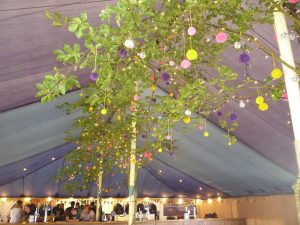 To close Friday night on the main stage Kasabian drew their usual large audience to witness their performance.

Saturday headliners Depeche Mode played only new material for the first half hour. As a result, a large number of the crowd left, bewildered by their choice. If only they had played their well- known songs- after all they have fifty hit singles to choose from.

On Sunday Manic Street Preachers, proudly bearing their Welsh Flags, made their third appearance at Seaclose Park and were well received by the audience during their hour- long set.

Sunday headliners The Killers gave a high energy ninety minutes performance. Lead singer Brandon Flowers had the crowd with him from the start. 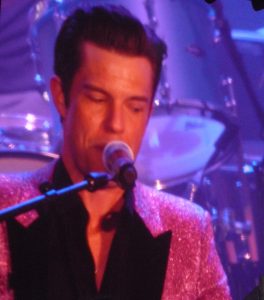 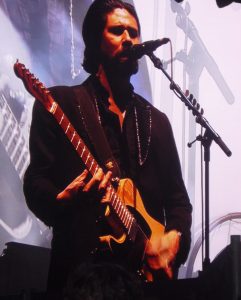 They played one hit after another with a cover of Dire Straits’ ‘Romeo & Juliet’ thrown in. Their display came to a climax with ’Human’ during which the show stopping fireworks lit up the sky.

With the pyrotechnics over they launched into their anthemic ‘Mr. Brightside’ as a finale. Technically they broke the 11pm curfew but no one was complaining!