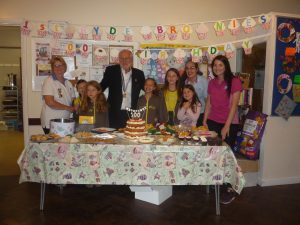 Formed in September 1919 the 1st Ryde Brownie Pack, now 1st Ryde Brownie Unit, has recently celebrated its 100 years. Over the years the Brownies and leaders have joined in special events at Ryde as well as enjoying their regular meetings and outings.

Celebration 100 took the form of a special party with the biggest ever strawberry and fresh cream cake (see below) as well as games, activities and singing. Arranged by the present ‘Brown Owl’ Sharon Winter the party saw several past ‘Brown Owls’ and other leaders, families and friends of the unit and one of the IW Council’s councillors for Ryde Cllr Charles Chapman attending.

Sharon arranged a display of memorabilia of the unit which included, old books, record books and photographs many depicting the special events and outings which the Brownies have undertaken over the years.

With nearly forty years of volunteering for Girlguiding between them the past Brown Owls included Liz Tagart, Sandra Ferguson and Judith Day. Liz, nee West, had become leader in 1983/4 and ran the pack until 1988 whilst Sandra had followed in 1988 having been Tawny Owl with Liz and continued until1994 when Judith Day took over, a post she continued until 2009. Sharon Winter had been a Brown Owl on the mainland before becoming the leader with 1st Ryde in 2009.

Cllr. Charles Chapman said that he was pleased to see all the girls having a fun time as well as undertaking some of the latest challenges from Girlguiding’s New Programme. He joined in the challenges and paid tribute to the Brownies for their continuing support within the Ryde community which includes their Remembrance Garden at All Saints Church. 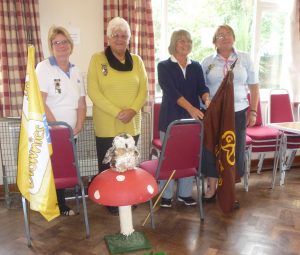 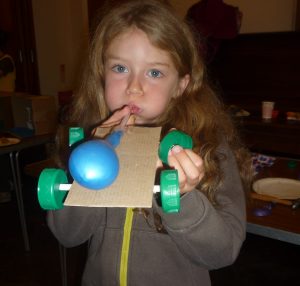 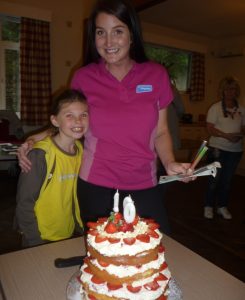