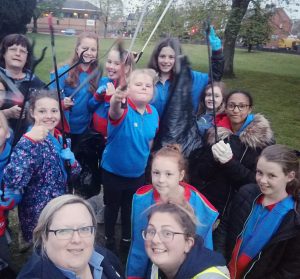 After The Isle of Wight Council pledged its support for this year’s Great British Spring Clean, run by environmental charity Keep Britain Tidy, Guides from the 11th Newport Unit took up the challenge.
The campaign ran from 22nd March to 23rd April and saw up to half a million people taking action to clean up streets, parks and beaches across the country.

The Guides chose to clean-up Church Litten Park which is situated in the centre of Newport and armed with clean-up equipment and bags undertook the task in hand. This certainly made the park a better place for the community to enjoy.

After the Easter Weekend the park certainly needed an extra clean especially around the children’s play area and the shelters where the youth of Newport meet-up.
The Great British Spring Clean brought together individuals, community organisations, businesses and councils to make a difference to the environment.

In partnership with Amey, through the supply of litter bags and free litter pick waste collections a number of Island events have taken place and this Girlguiding IW litter-pick was one of the last on the Spring Clean calendar.
Paul Southall, Account Director for Amey on the Isle of Wight said prior to the event:
“Amey were very happy to support the Great British Spring Clean last year by collecting all the waste picked up by volunteers.We are more than happy to be doing the same this year to help the event achieve its goal of cleaning up the Island’s spectacular coastline.”
This year’s campaign not only saw tonnes of litter being removed from the environment on our doorstep, it also  rescued thousands of the plastic bottles and aluminium drinks cans that were simply thrown on the ground but could, very easily, be recycled. 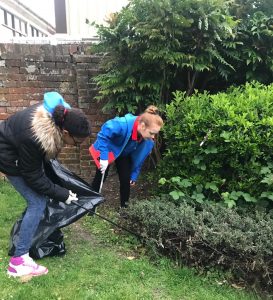 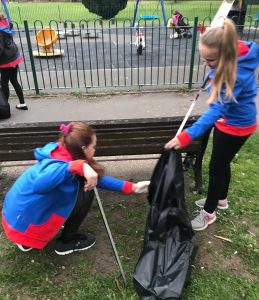 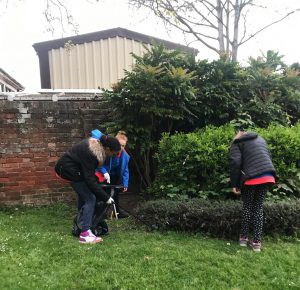 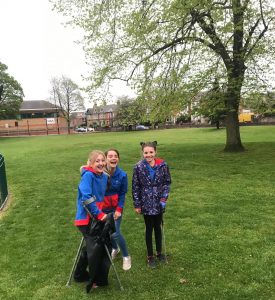